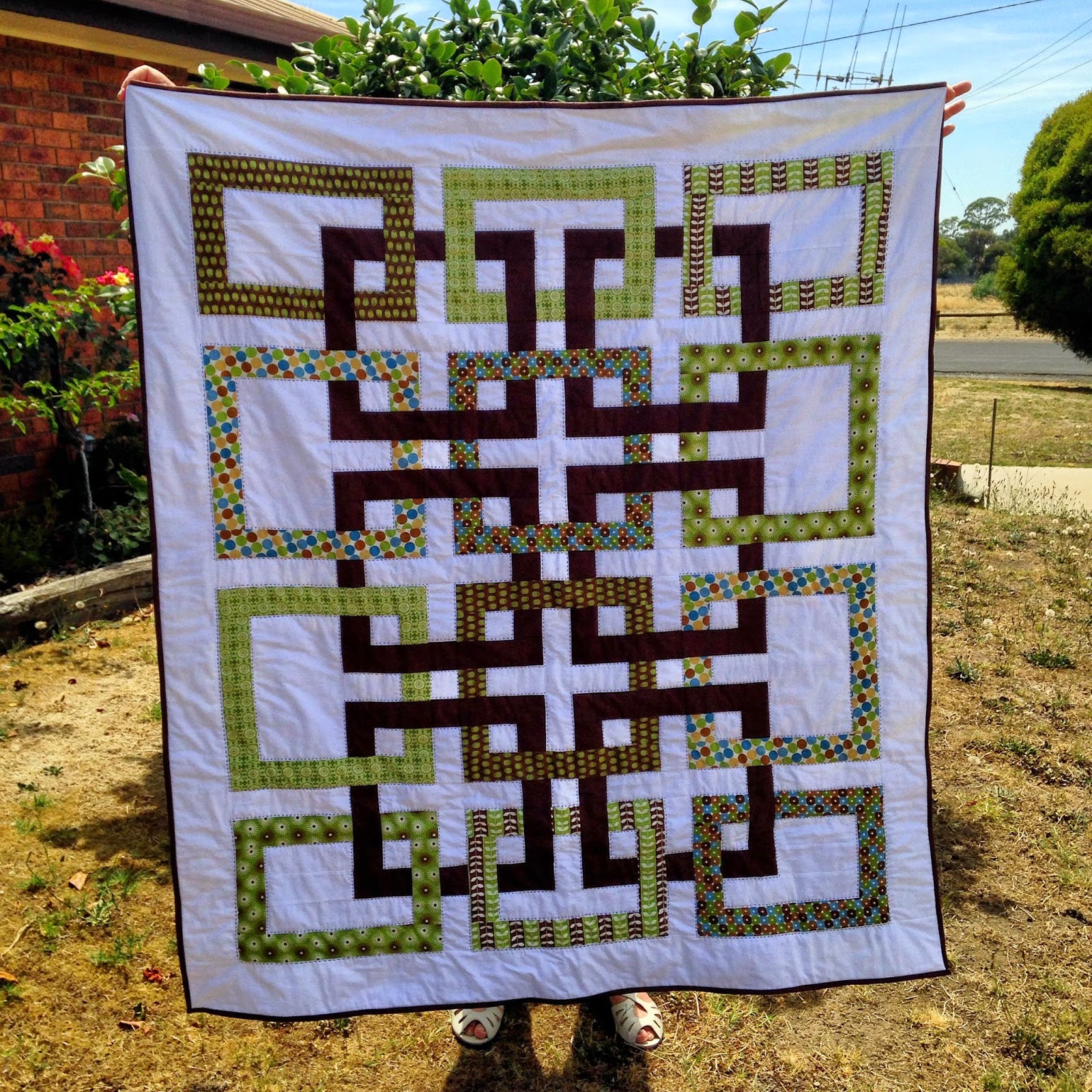 Sometimes you see a pattern and immediately you know you NEED TO make it.  That's what I was like when I first saw this pattern - "Movement in Squares" by Wendy Sheppard.  I knew that I HAD to make it!
﻿﻿﻿
I purchased some gorgeous green & brown prints back in January during the first "Great Aussie Destash" on Instagram (#GreatAussieDestash) and they cried out to be used for this pattern.  I don't have all the selvages, but the ones I found were; "Groove" by Caleb Gray Studio by Robert Kaufman, and "Santorini" by Lila Tueller for Moda.   It wasn't a difficult quilt to make, I just needed to make sure that I sewed straight lines and an accurate 1/4" seam - sometimes easier said than done - but the quilt top was put together in no time.
﻿﻿
﻿

That was back in June.  Then it sat. And sat. And sat.  Until October came around and I suddenly got the guilts and decided that I wanted to get this quilt finished before the end of 2014.
I'm not keen on plain quilt backs (unless they are hanging on a wall and you can't see them), so I dug out my left over fabrics and tried to get inspired.  Thankfully a friend was destashing some fabric so I purchased two pieces of extra fabric which coordinated perfectly with my scraps.  When combined they were large enough to create a scrappy back.  With fabric in hand and renewed motivation, a scrappy back was whipped together in no time.

Then came the mammoth hand quilting session - the clock was ticking down to the new year, it was WAY TOO HOT to be quilting (summer in Oz), but I was determined to get this baby finished before midnight on the 31st of December 2014. 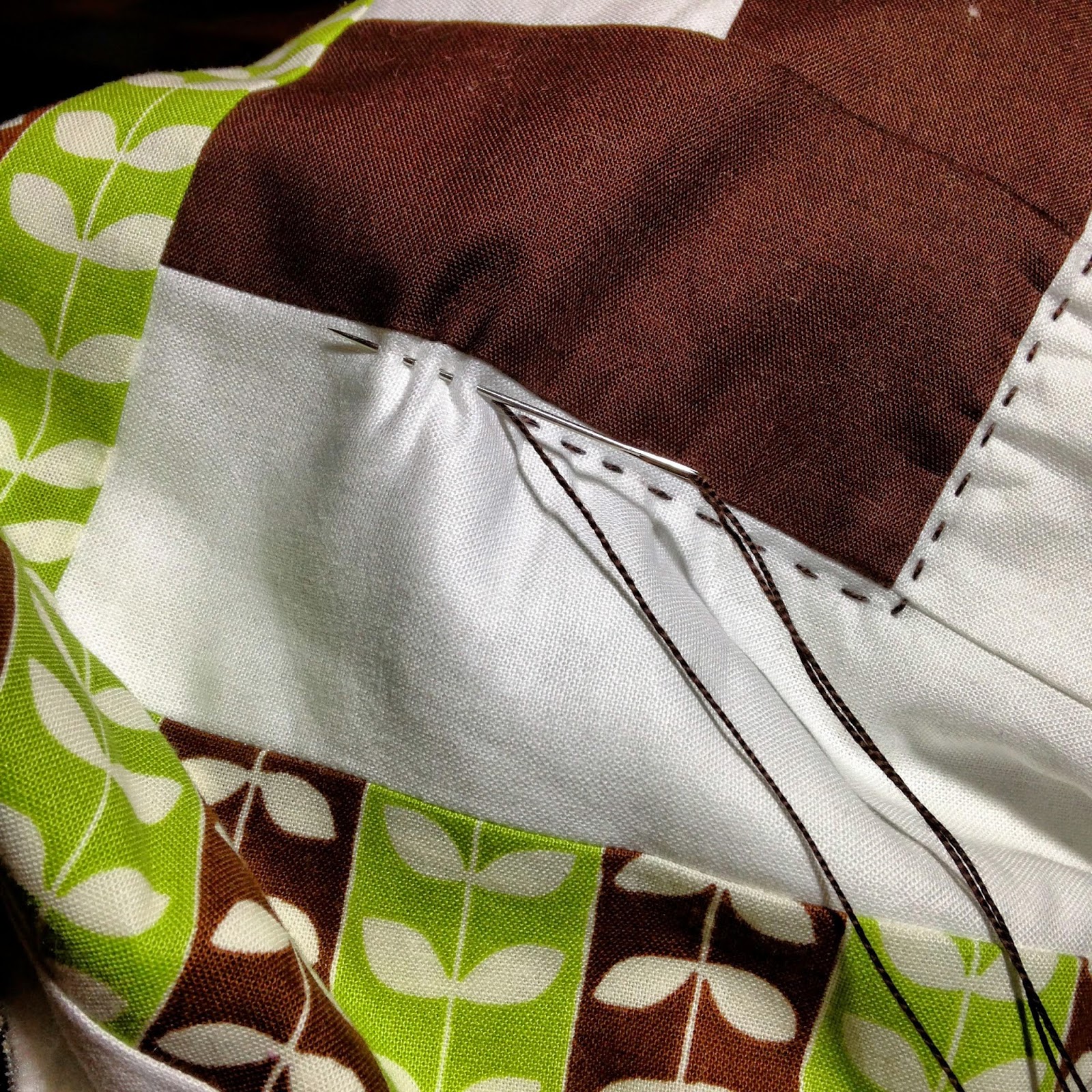 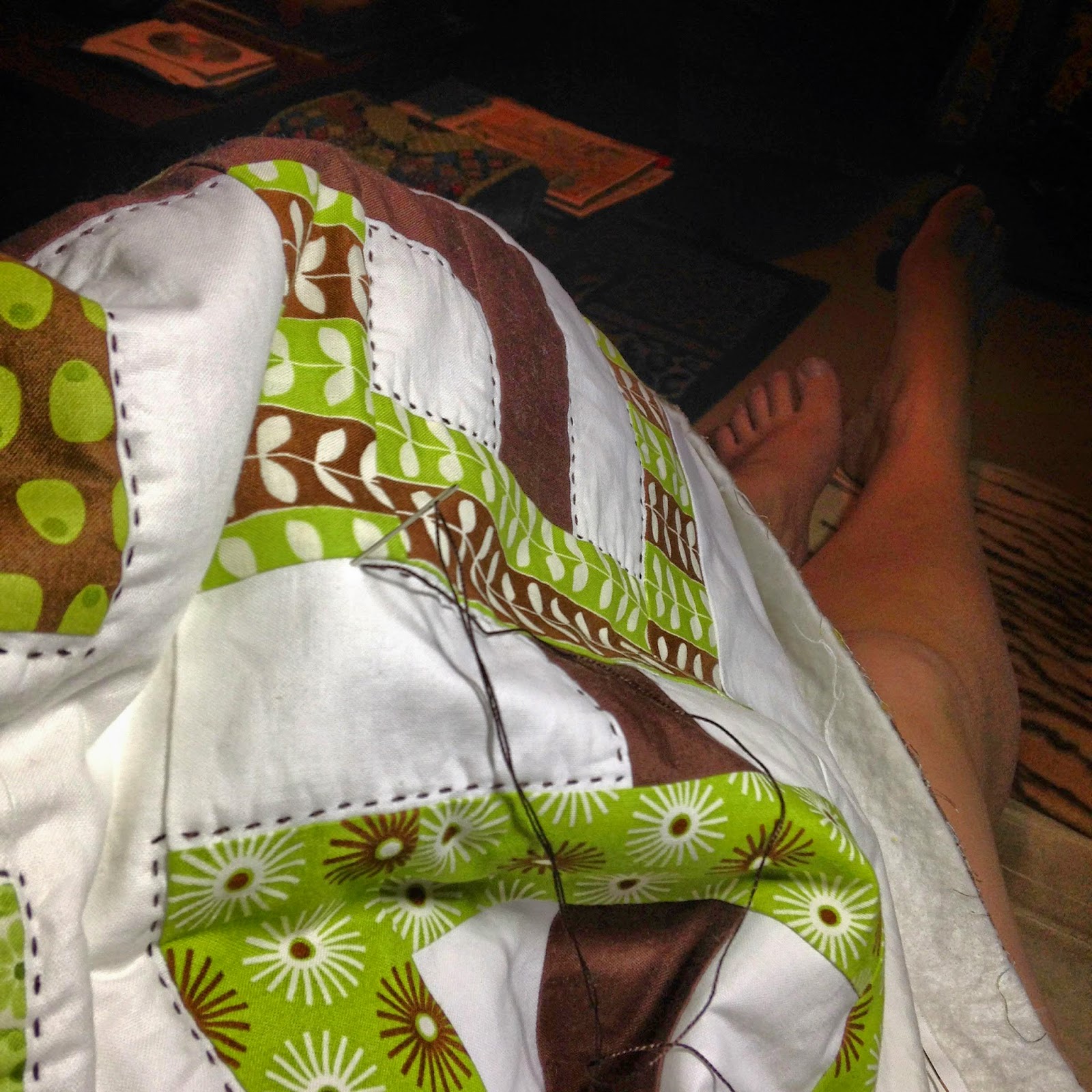 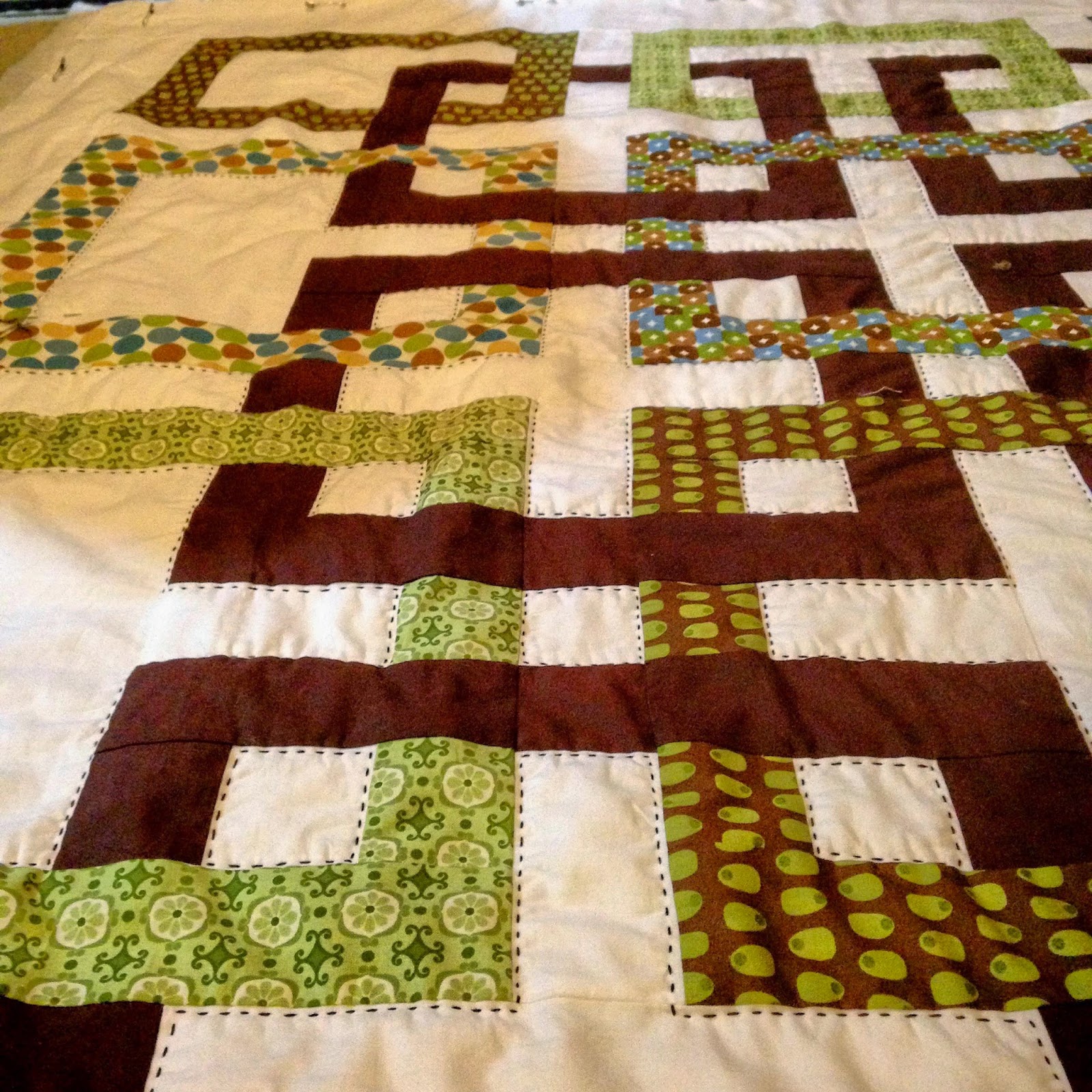 By the time that I was binding the quilt, I was so delusional from lack of sleep that I imagined jelly dinosaurs attacking my Wonder Clips... but I slogged on...

I would've made it, but I had pulled so many all nighters that I actually fell asleep late in the afternoon on the 31st and woke up after 7pm.  YIKES!  I soon realised that I wasn't going to make  my self imposed deadline so I gave myself permission to switch over to Perth time (they are currently 3-hours behind the East Coast so I could make up my lost 3 hours); and I managed to finish the hand quilting at 11.10pm Perth time (2:10am local time) with 50 minutes to go. YAY!  Thanks Perth! ;0)
Ok well in fairness I am going to call this my "First Finish".  So far I have only just done basic quilting on this.  I do have intentions to add more detailed stitching into the negative spaces but have not yet worked out what I want to do.  Plus it is way too hot.  It's our summer.  Our temperatures are in the high 30's - mid 40's Celcius (that's averaging over 100 Fahrenheit for you crazy Americans).  But I'm happy with what I've done, for now.