These are my contributions to Quilt Club Australia's Quilting Bee Hive #5 for 2014: 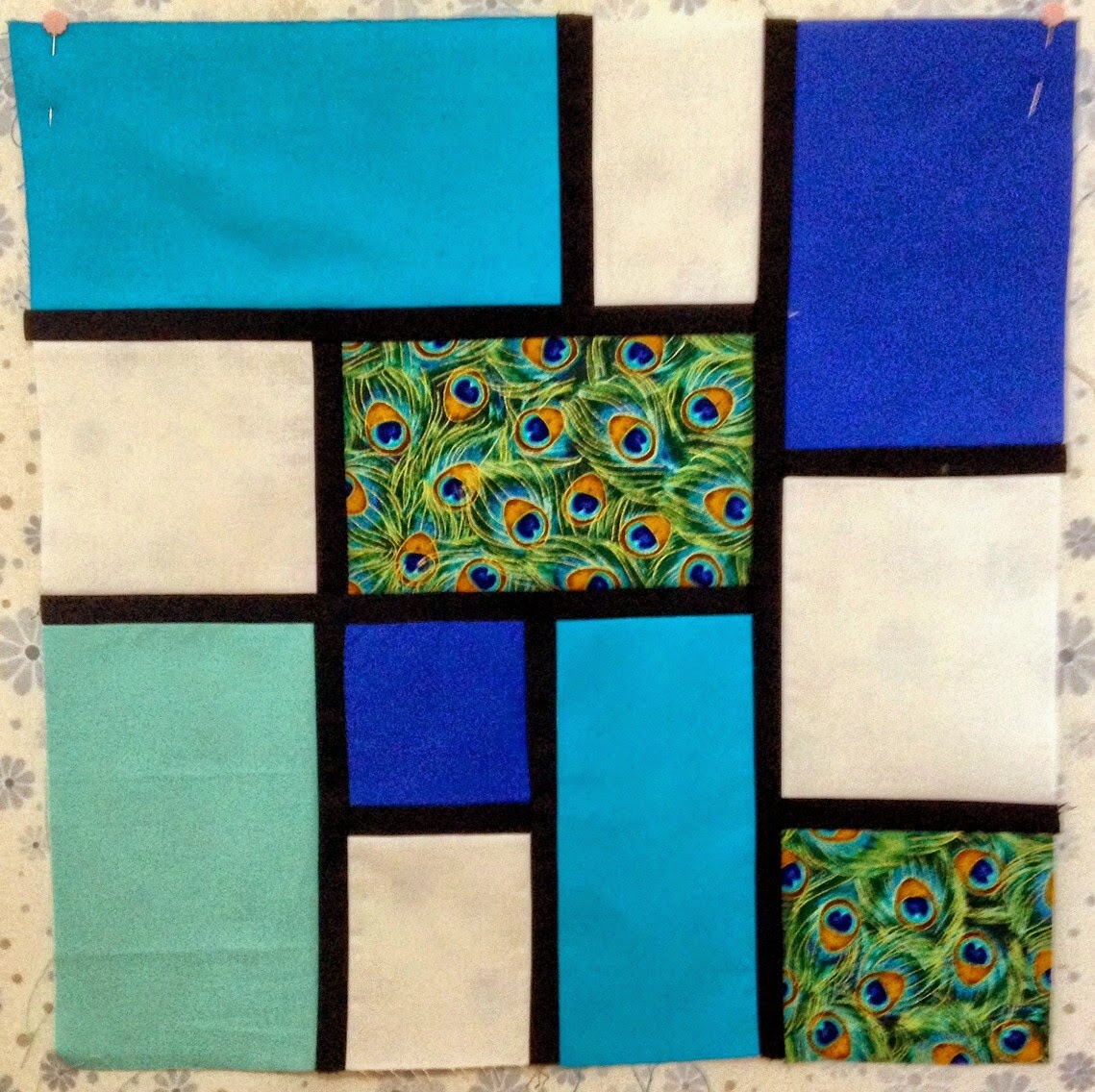 November
Diane's "Eye Spy" quilt.  As Diane will be trimming the blocks herself, I have only sewn a 2.5" border to a 4.5" centre block of little boy's fabric. 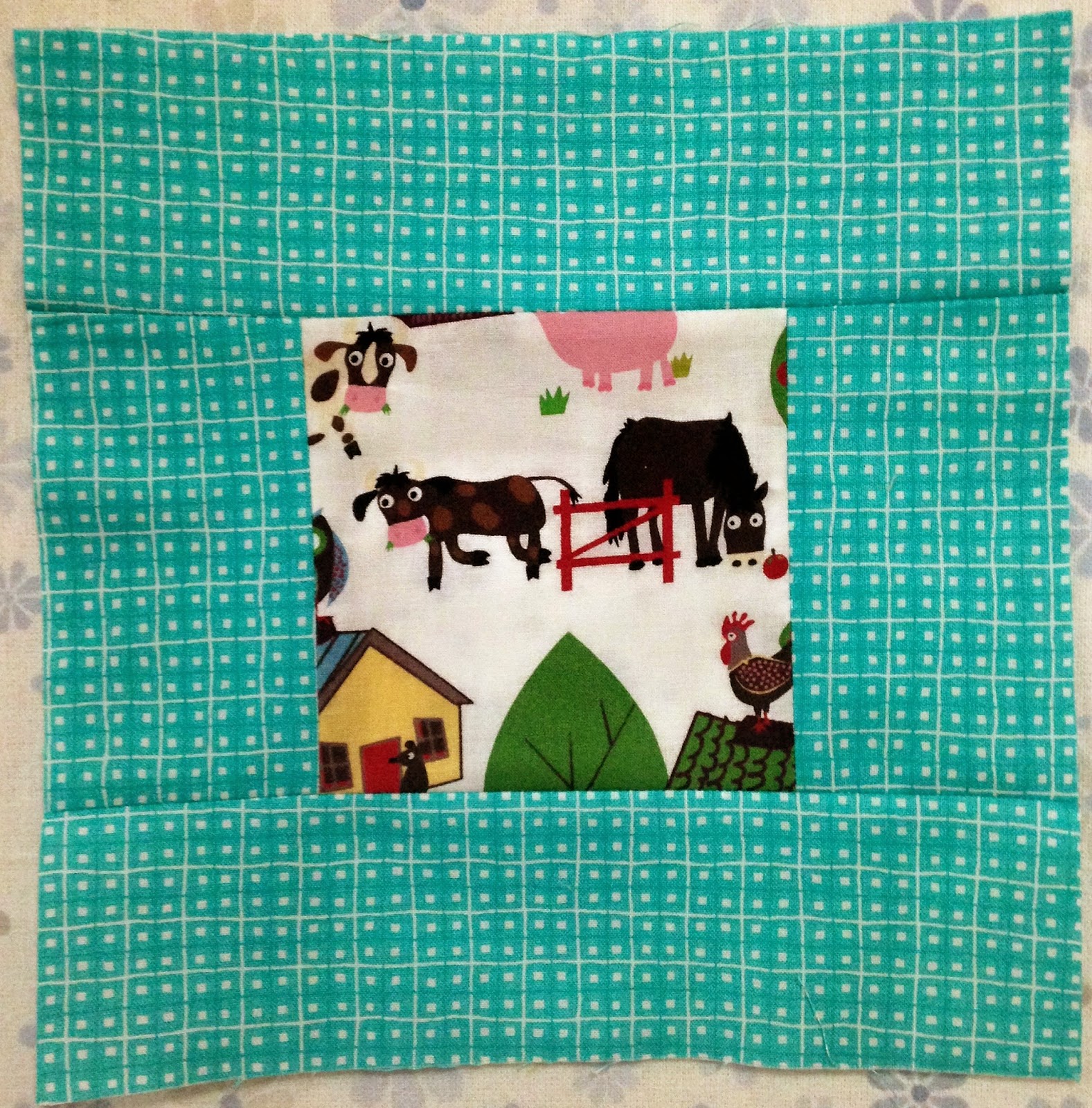 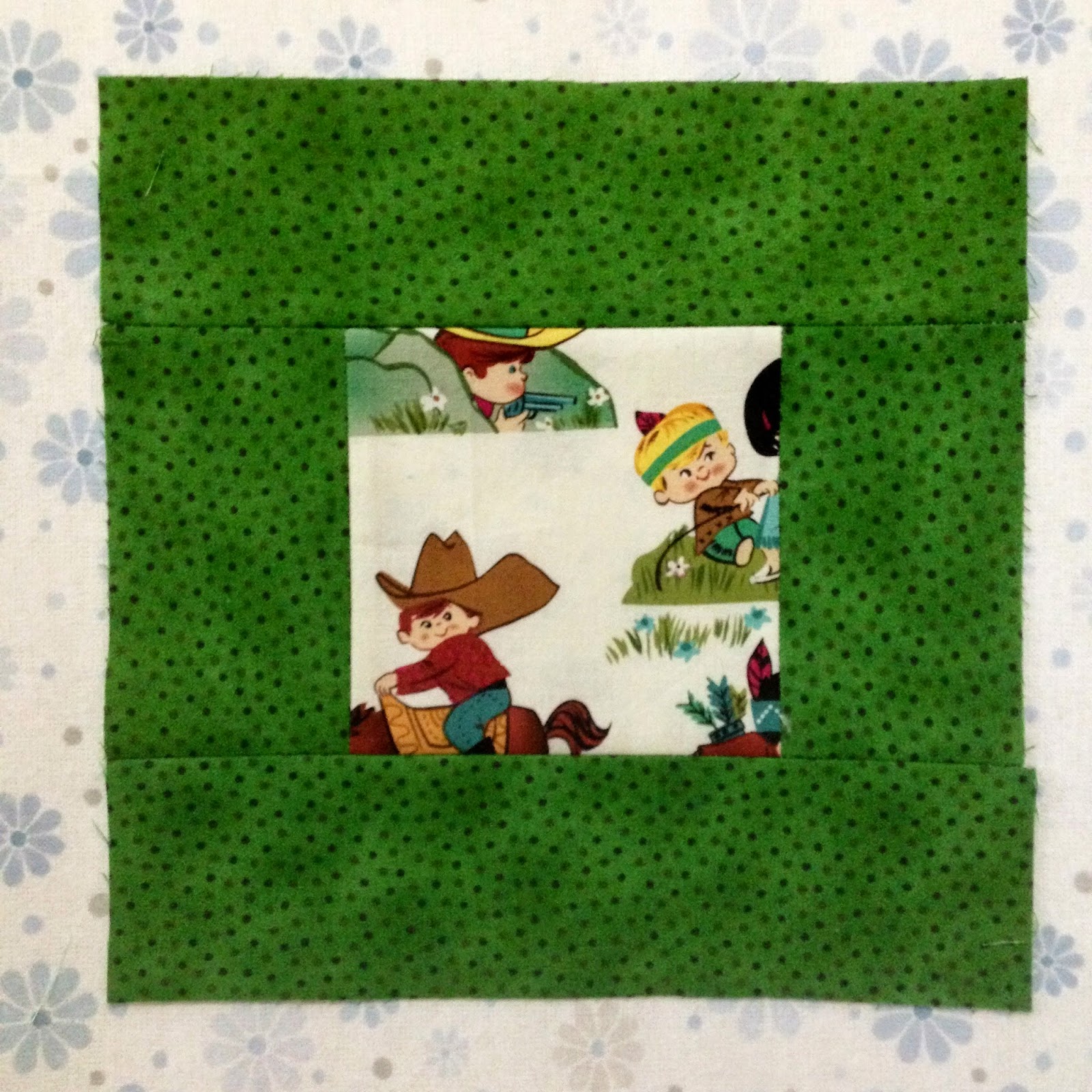 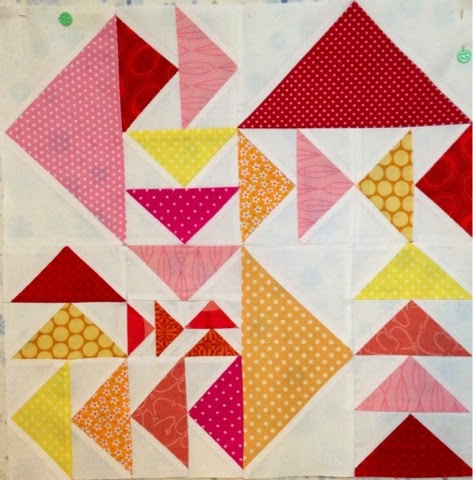 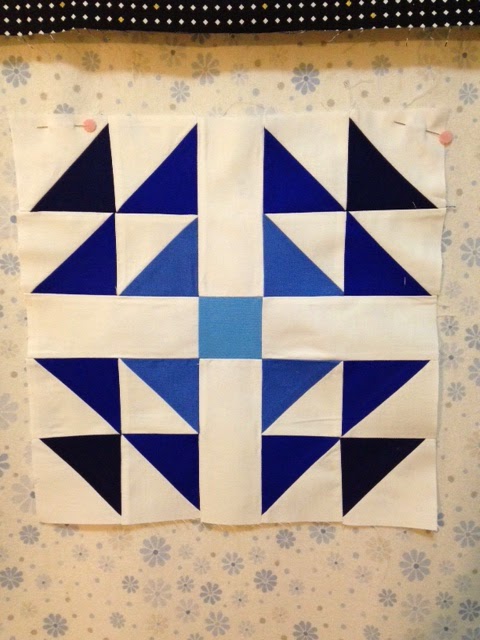 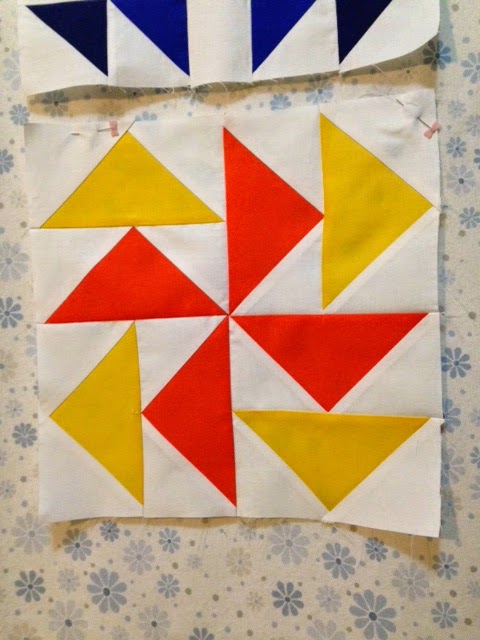 August
Fiona's Cross Maze Block
This month is my Queenly Rule.  I haven't received all of my blocks yet but I will share them when they arrive.
July
Tracy's Butterfly Block 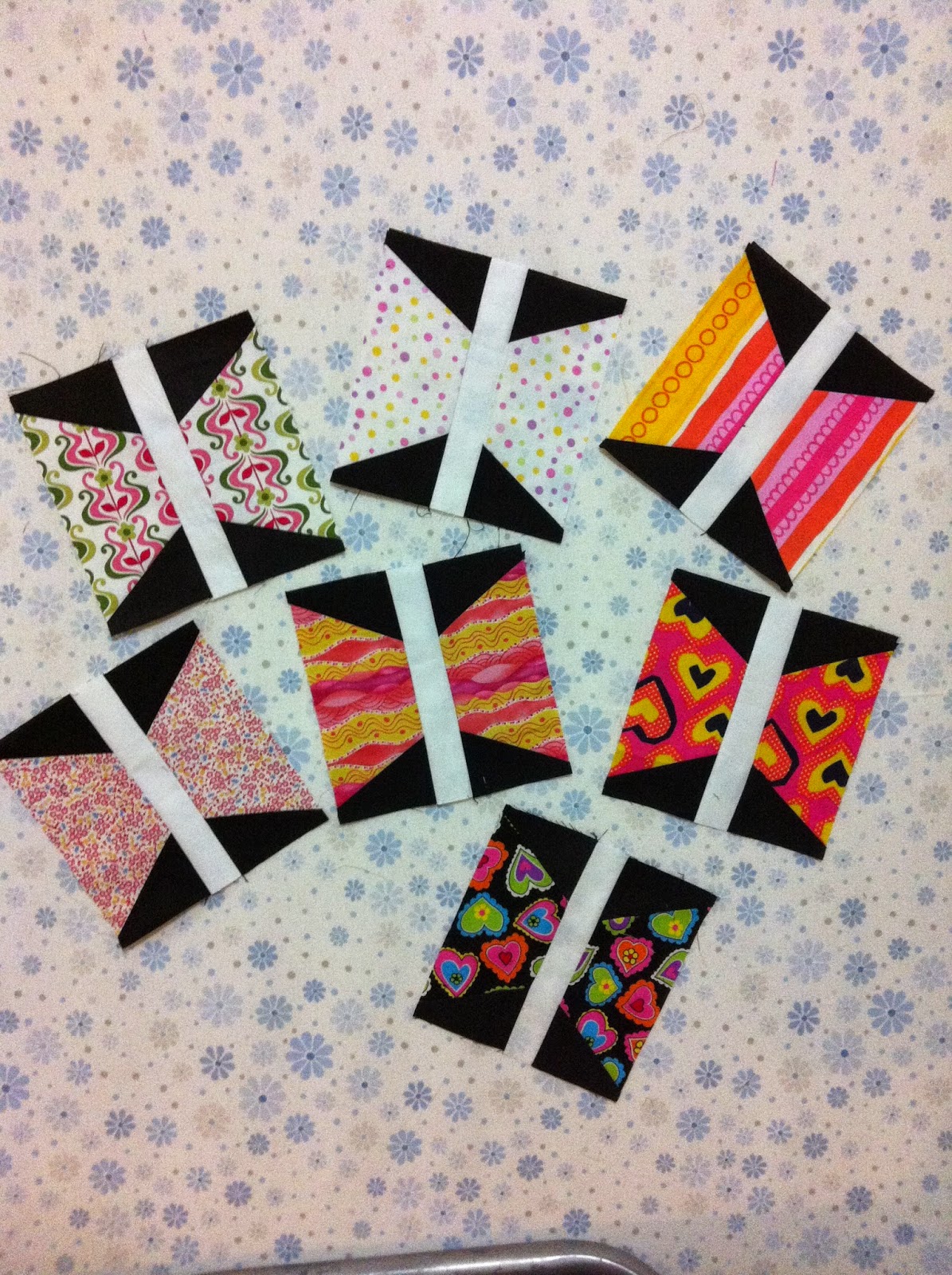 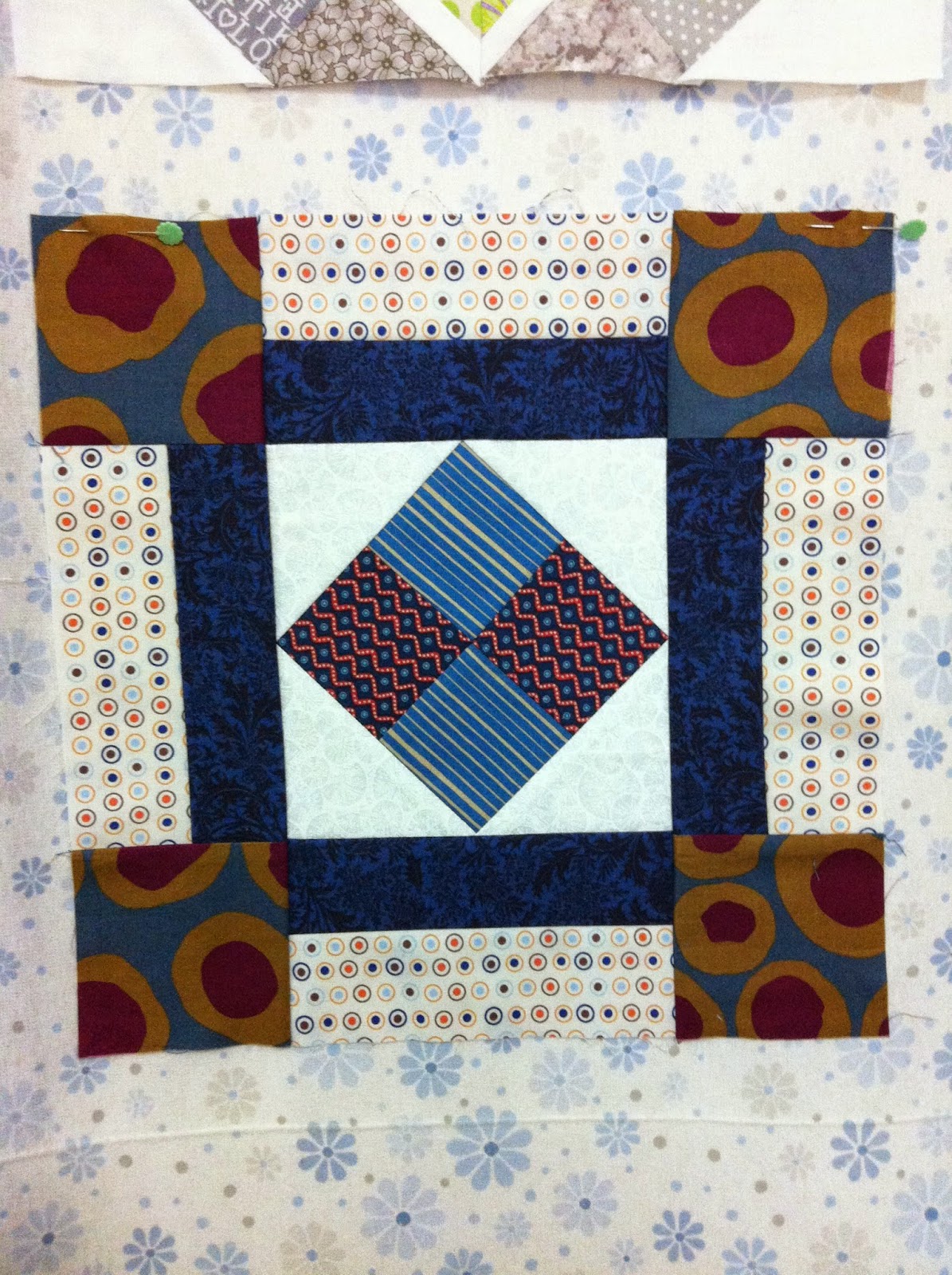 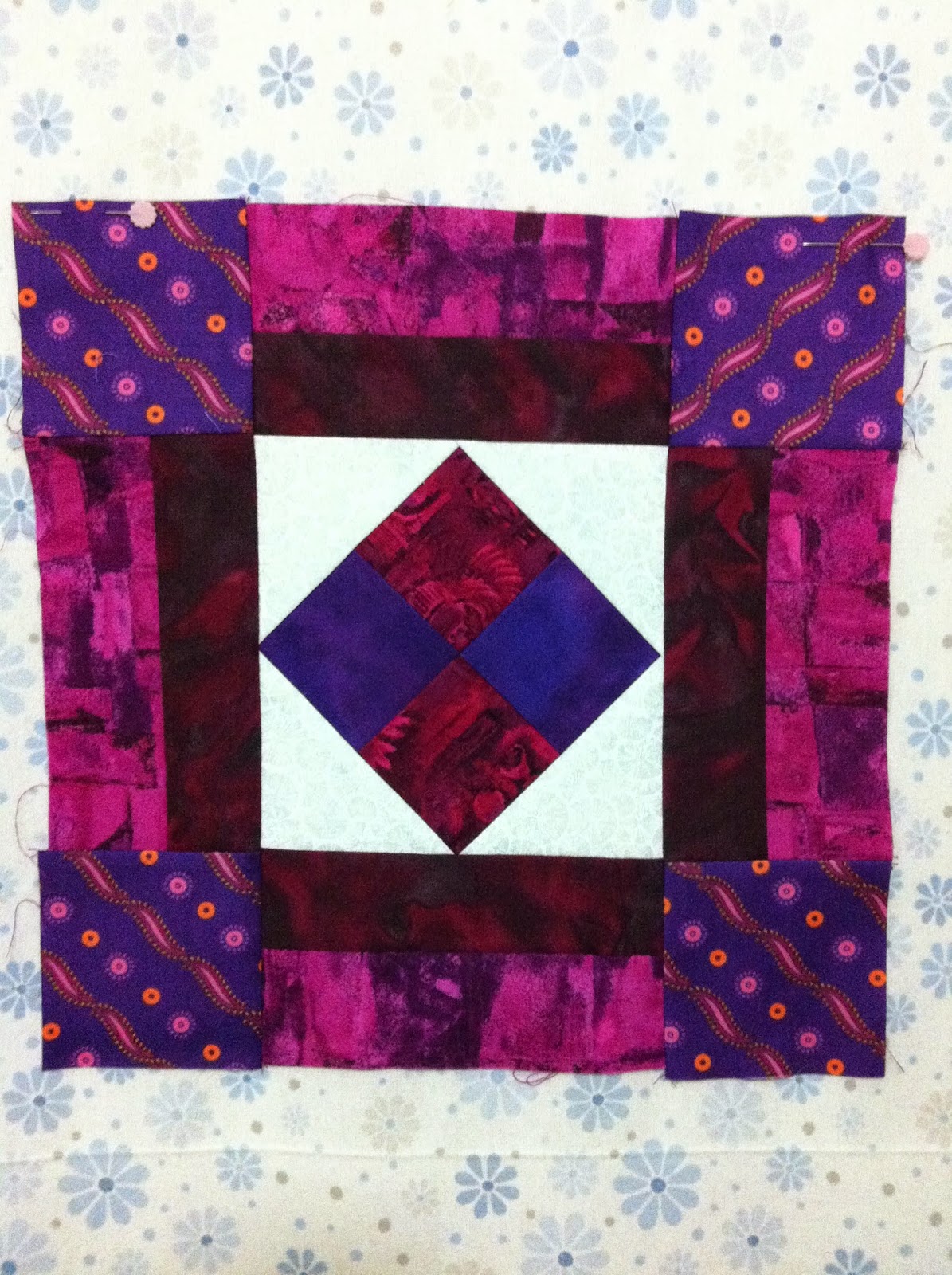 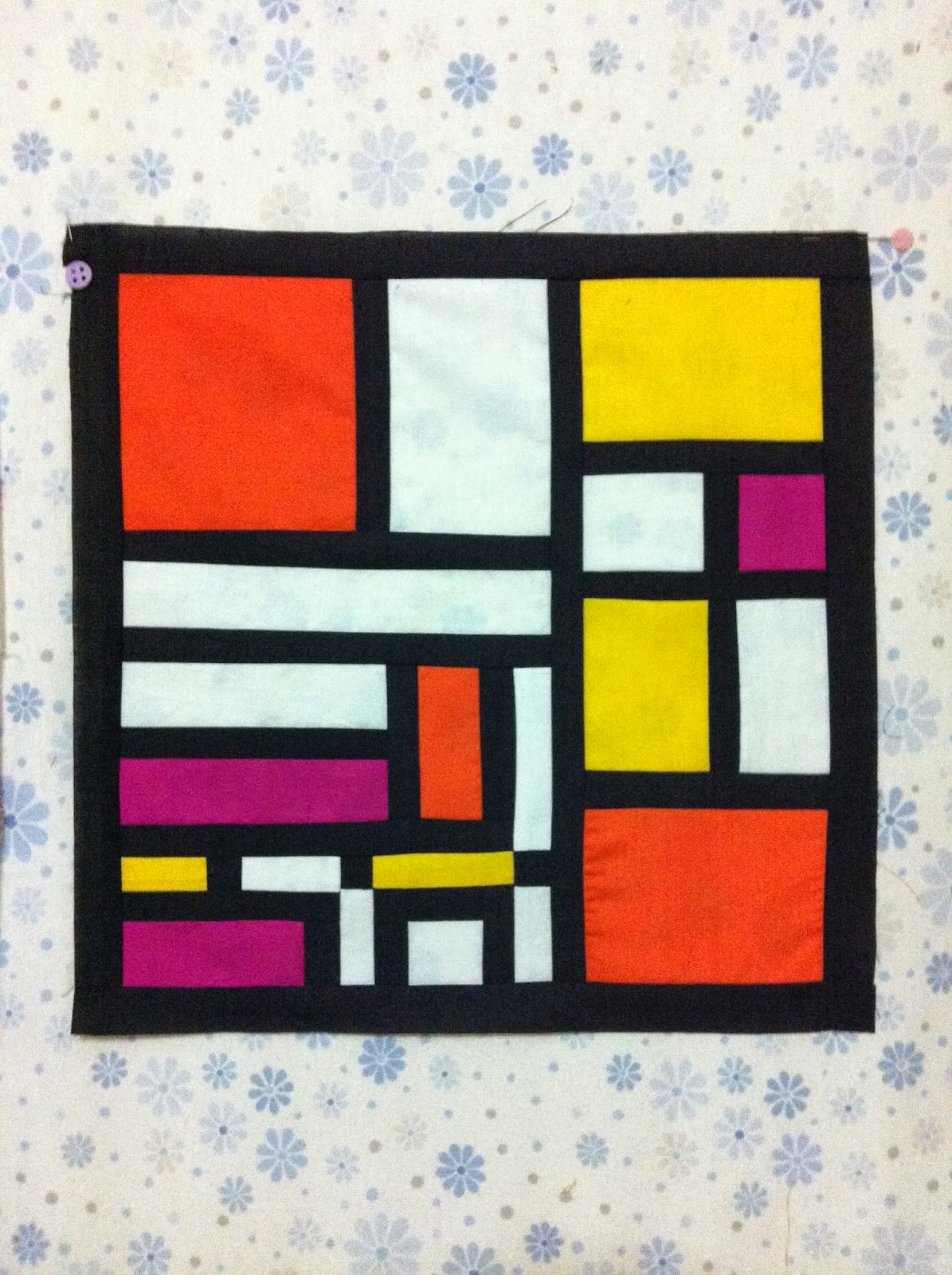 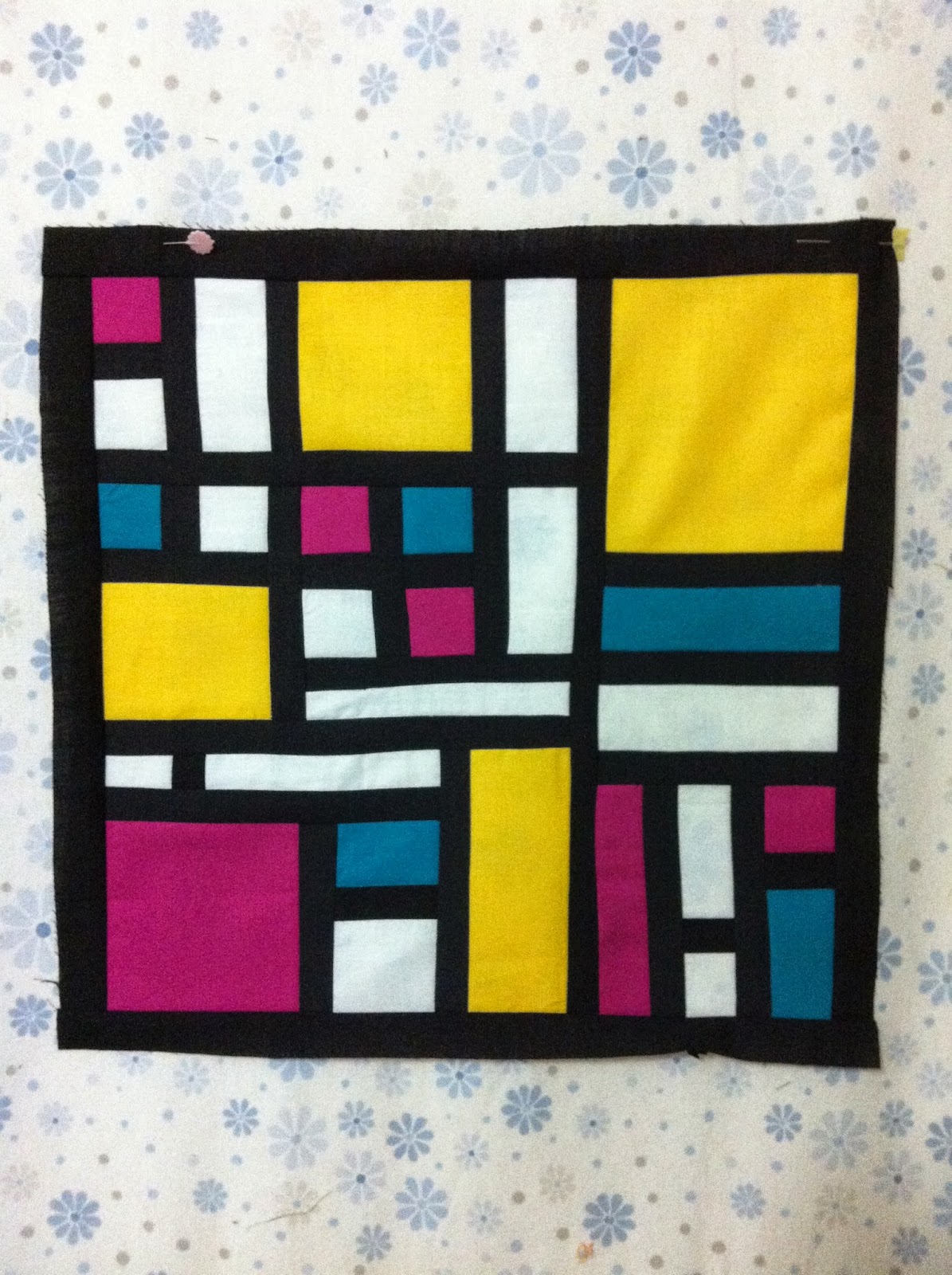 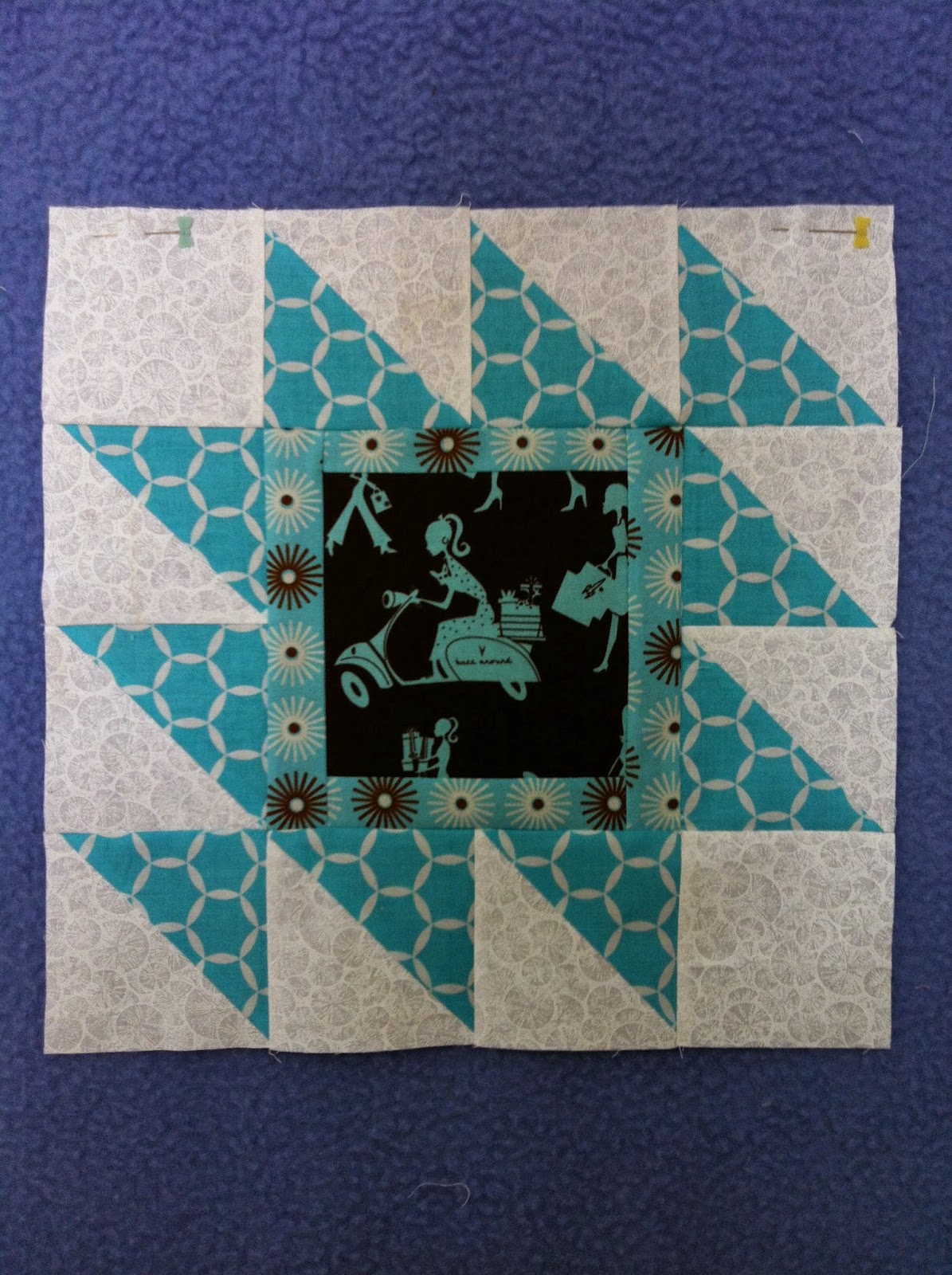 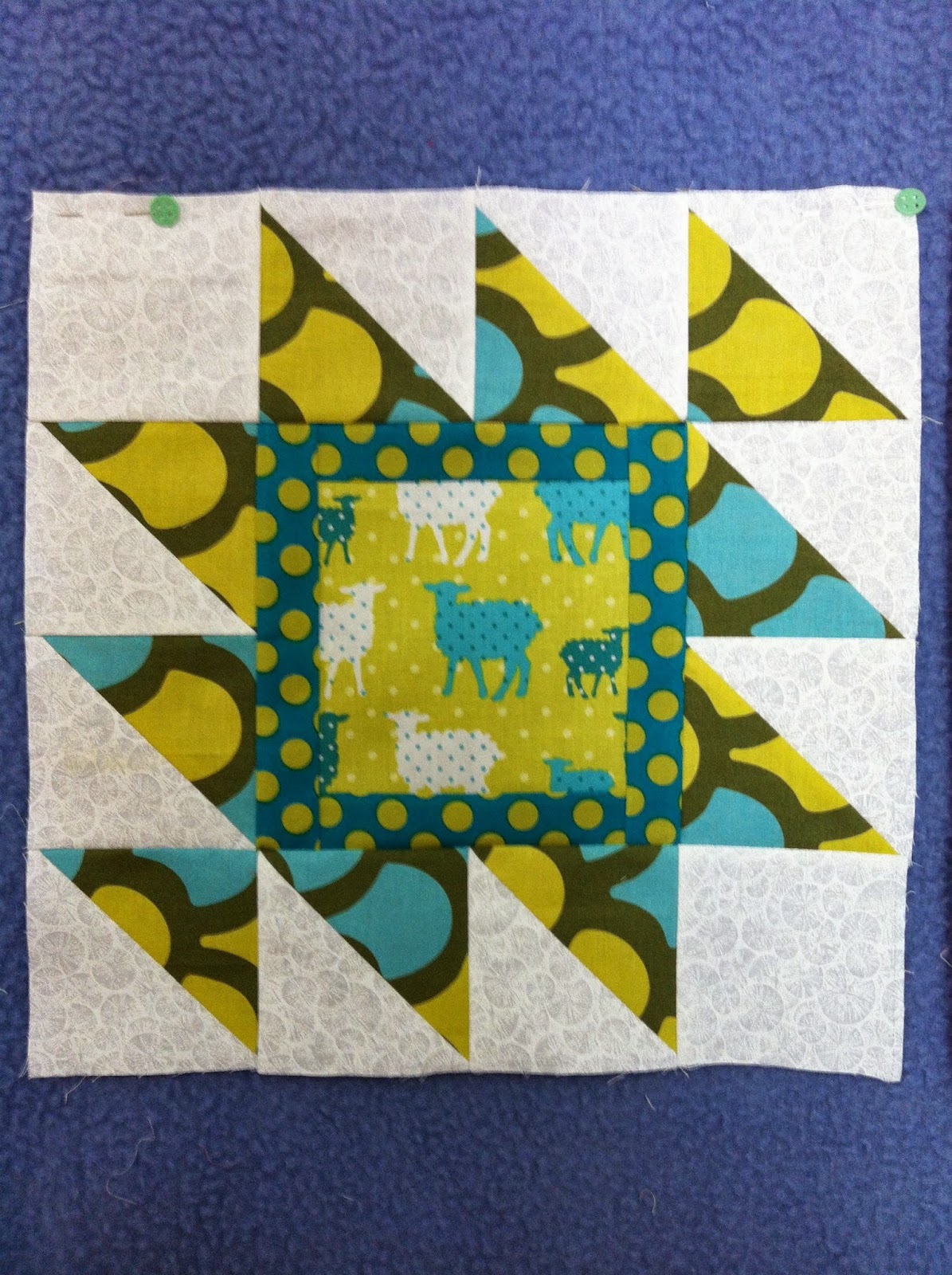 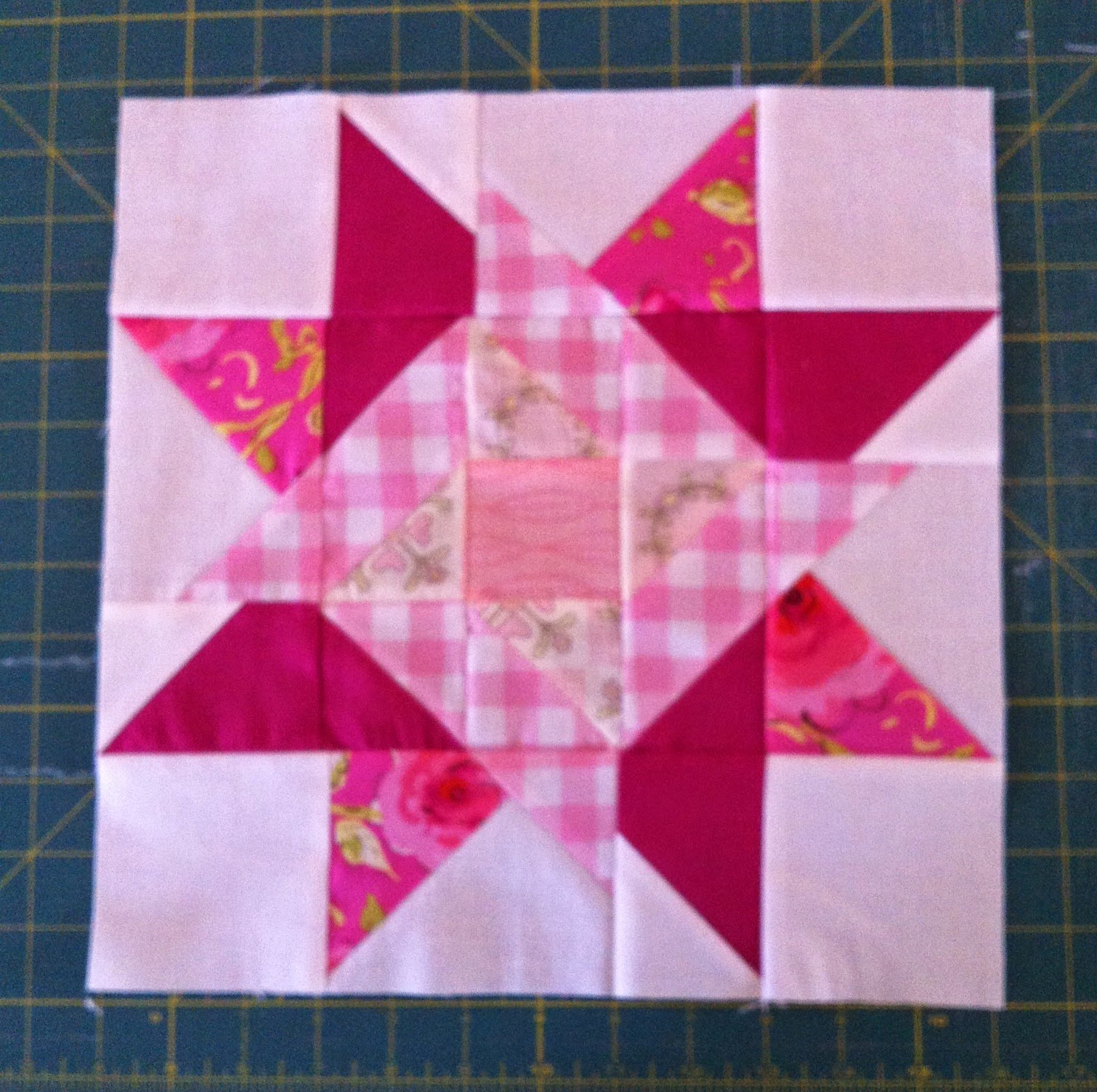 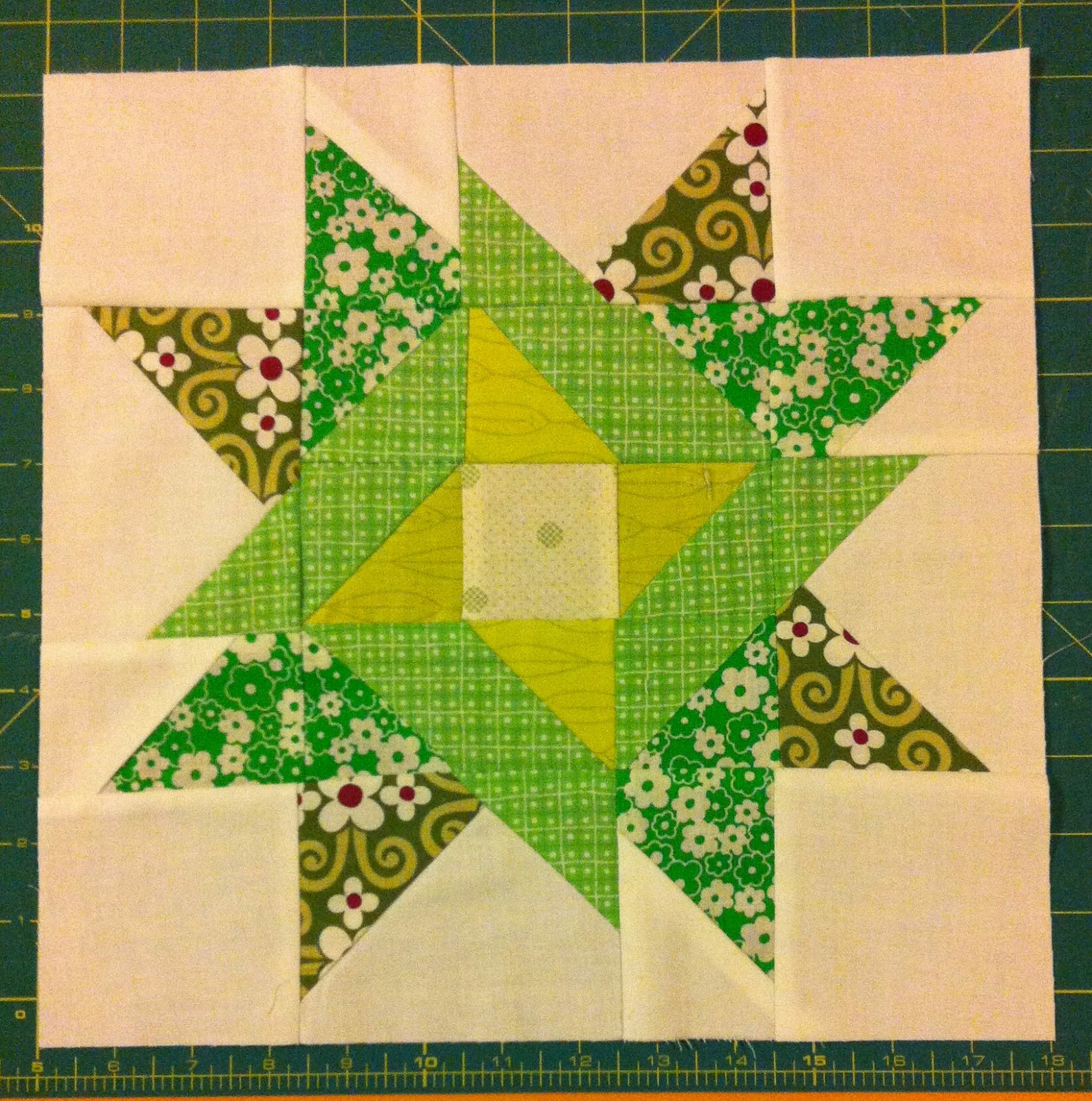 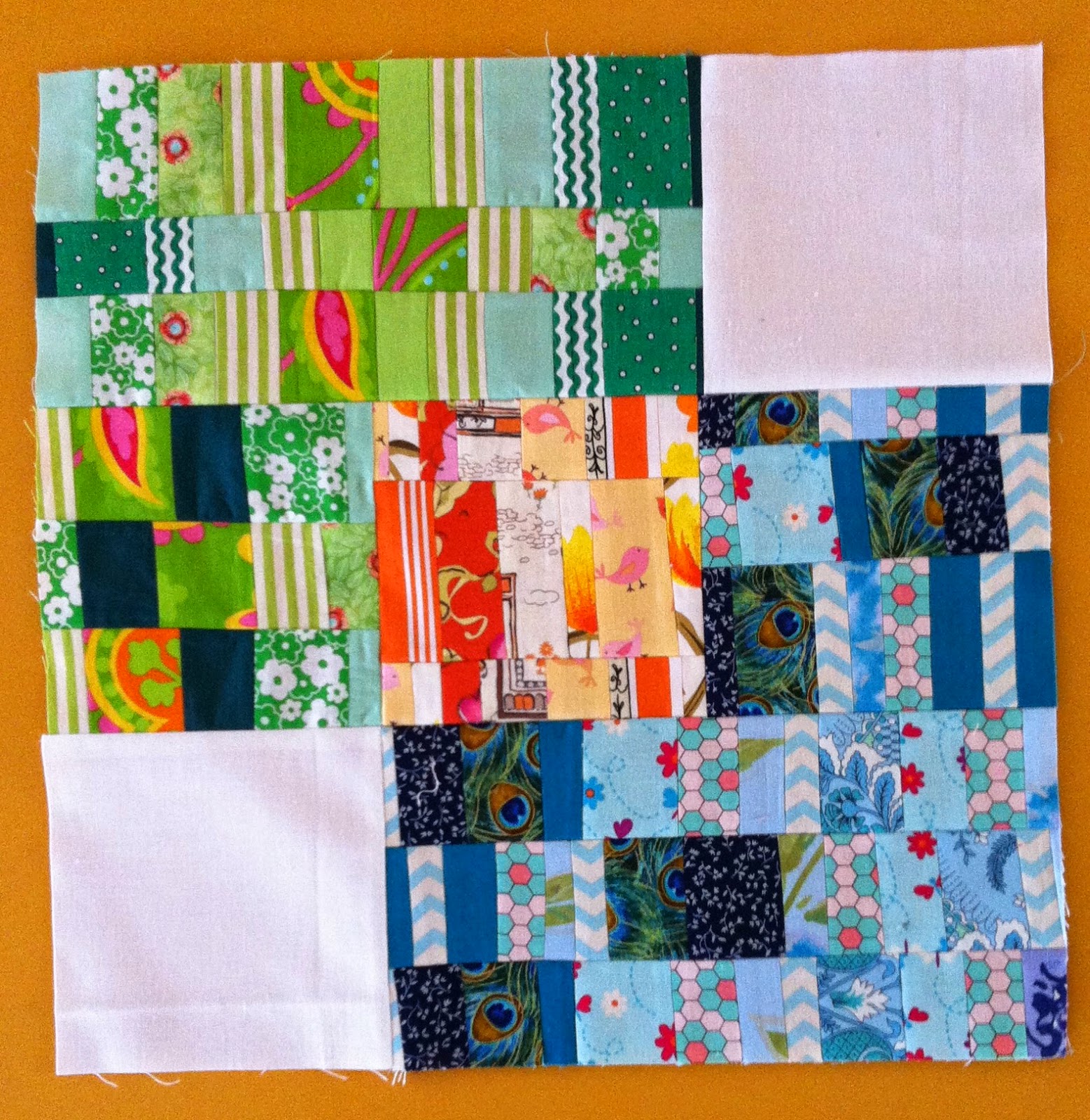 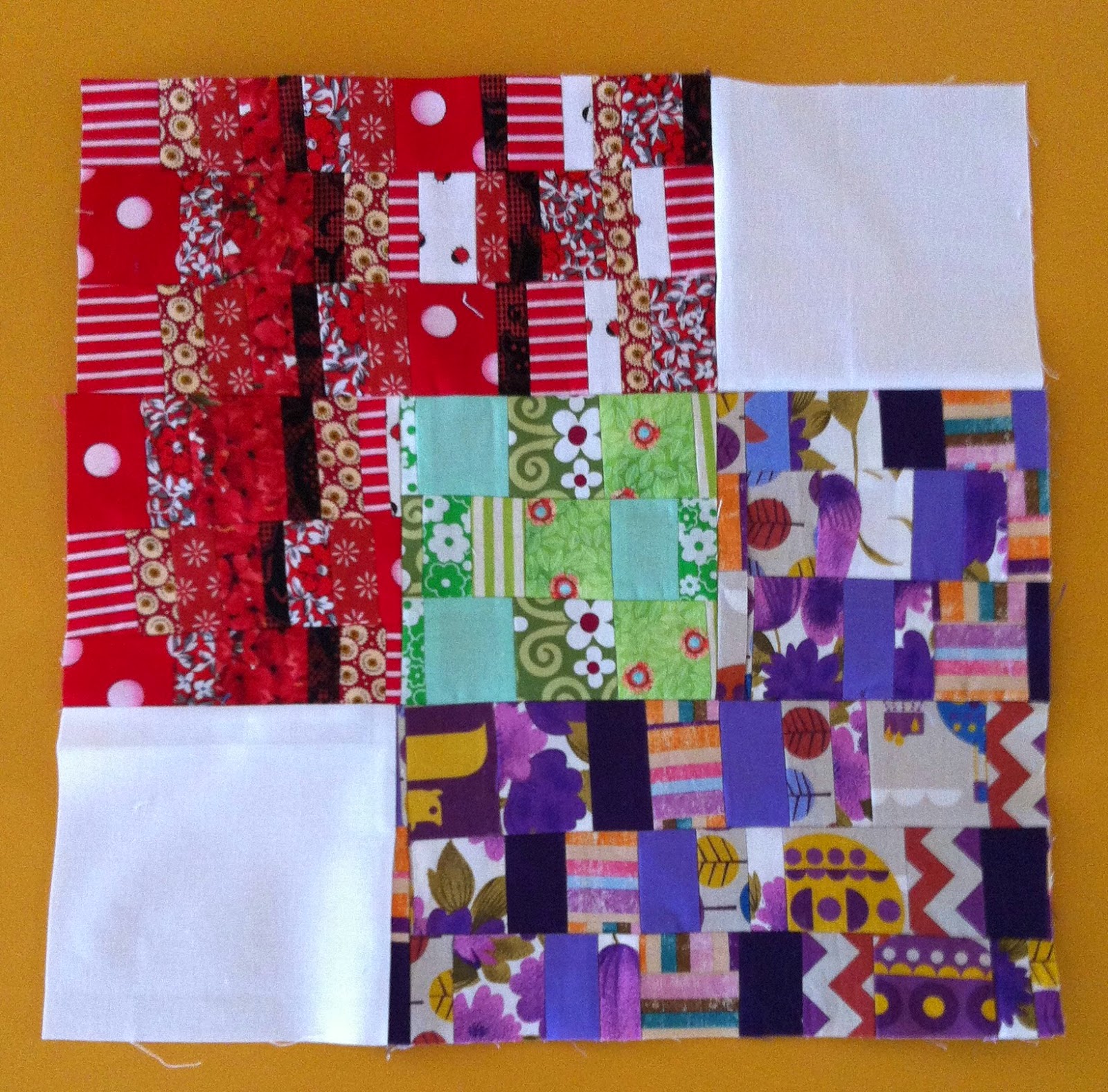 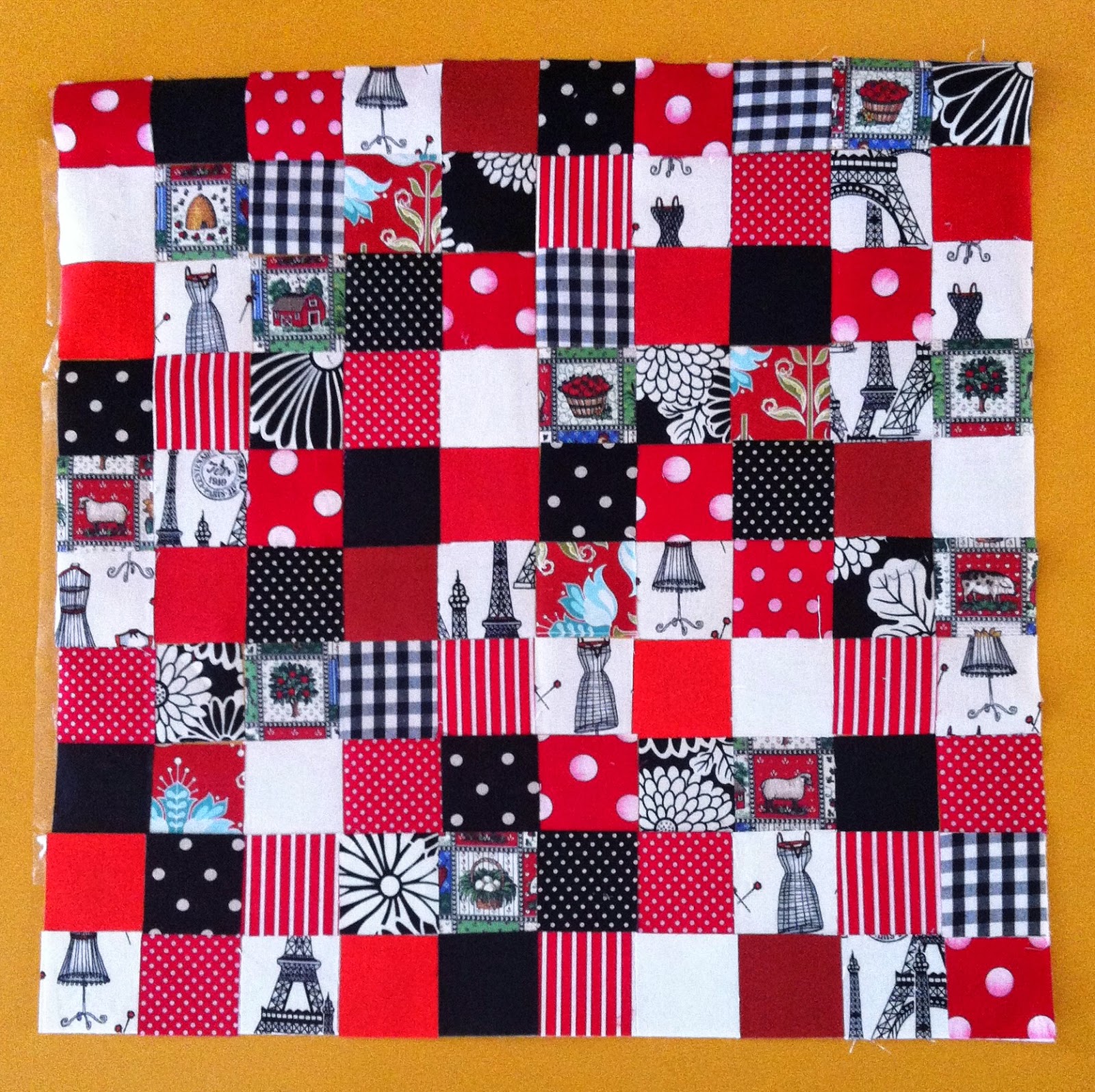